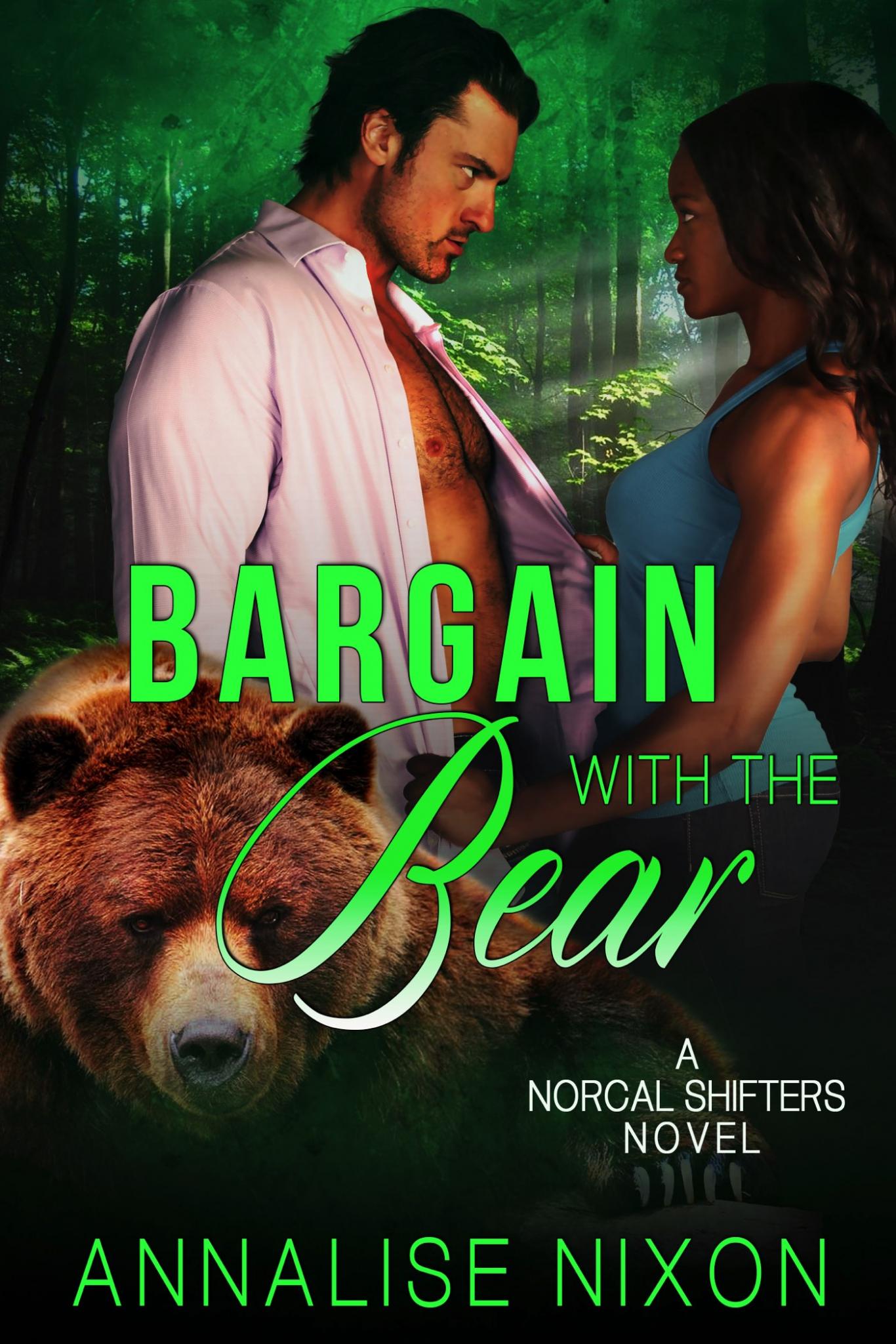 A Bear. A Bargain. The Open Road.

Alexander Hearne’s brother had finally lost his mind. Why else would he task him with rescuing a human woman? Finding himself in a seedy Monterey bar at an auction for breeders, the confirmed loner never knew what he was getting himself into… until it was too late. After one whiff of her scent, and a single glance, he knew the curvy human woman he was sent to buy would capture him instead.

Every time Sherry Tate assumed her situation couldn’t deteriorate—it did. Ripped from her life and those she loved, she found herself thrust into the dangerous world of shifters and human trafficking. Desperate for freedom, she made a bargain with her body that might very well cost the only thing she had to lose—her heart.

If you enjoy sexy shifters willing to break every rule and daring women prepared to make their own, then download your copy of Annalise Nixon’s Bargain with the Bear

This novel can be read as a standalone, but there are more stories set in this universe in the six-part series of Between a Wolf and a Hard Place.